Telkom's CRASHED 54% since June! Here's why I'm leaving it alone… 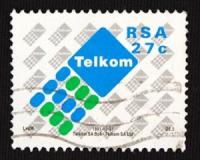 This is sad but you need to know.

Today, I am taking yet another company off my trading watchlist.

Since June we've seen this telecommunications giant' share price crash from R100 down to R46.00 per share.

That's a 54% sharp drop which signals MAJOR red flags when it comes to trading.

In today's article, we'll go into four reasons why Telkom is getting killed, where it could go and why I'm leaving it alone…
________________________________________
This strategy can turn R100,000 into R925,388.90
in less than six years.
No matter your age, income or experience.
YES! I want it!
________________________________________
Reason #1: 50,000 subscribers are ditching Telkom’s fixed-line service a month!
For the first time, the number of fixed lines in service have fallen from 3.5 million down to 2.3 million (23% down) compared to September 2018.
And this trend is accelerating as around 299,000 subscribers have discontinued the service in the last six months alone. That’s over 50,000 subscribers that are ditching Telkom a month!
What’s even more concerning is that there is a major decline in Telkom’s ADSL, VDSL and fibre customers, as new, smaller, lower-cost fibre companies have entered the market, we’ve seen a drop from 981,176 in March 2018 down to 847,650 in March 2019. This equates to losing over 21,000 customers every month.
And you know what that means…
A drop in revenue, trust and loyalty will lead to a further drop in the share price.
Even Telkom warned its earnings per share is expected to drop by 30% to 40% compared to last year.
Jean Pierre Verster, Protea Capital Management, mentioned Telkom’s free cash flow generation is negative and the decline in fixed-line revenue is severe.
Reason #2: Telkom is losing the battle to acquire Cell C
On 15 Nov 2019, Telkom advised its shareholders that it was in talks to potentially buy Cell C, which would create a business with about 22 million subscribers…
However, the acquisition would require a financial restructuring as Cell C and its owners would try to restructure R8.7 billion ($591 million) of debt to ensure its gearing level is reduced to a sustainable level.
All was said and done with regards to the due diligence, at the first stage, until the deal went off on a major detour when rival MTN Group came in.
You see, the MTN Group had already signed an expanded roaming agreement with Cell C. In a statement on Tuesday, Cell C said the talks with both mobile companies are at an advanced stage.
CEO of Cell C, Douglas Craigie Stevenson, said in a statement that the agreement with MTN will help Cell C manage its network capacity requirements in a more cost-effective manner.
“The roaming agreement is transformative for Cell C.”
This deal between MTN and Cell C is putting a dampener on Telkom’s proposed take over as analysts are now suggesting Telkom may have to pay a higher future price for the deal.
And according to an email sent by Lester Davids, Johannesburg-based Unum Capital…
“Telkom may not have the balance sheet capacity to take on the acquisition”
This news of rivalry between the telecom companies continue to cause the Telkom’s share price to drop.
In fact, since the statements were released, the investment community has lost trust as Telkom dropped over 11% in a week and then another 8% fall the following week.
Reason #3: Both companies are heavily in debt!
Telkom’s debt levels are worrying to stakeholders as things stand. Even though the Telkom’s mobile unit is growing, they are spending a huge amount of money and are taking on a lot of debt to fund it.
In fact, its net debt has increased to R12 billion.
Even Verster said, considering the saturation of the market, both mobile companies are not great businesses on their own.
“When you put them together it is even worse,” “It is like having a concrete boot on the left foot, and then putting a concrete boot on the right foot as well.”
Reason #4: Still major downside to come for the mobile giant Inside you’ll find everything you need for your chance to make thousands of rands…
Even from just a small ‘grub’ stake.
For a limited time, R100 is all it costs to get your guide to the biggest wealth creation event in history…
Claim your copy now.
________________________________________
Then there’s the technicals!
As if the reasons weren’t enough, there are technical reasons why I am taking Telkom off my watch list and leaving it alone.
1. High jumpiness
When you see a share price drop 8% one week and 10% in another week, there is a high chance due to greed and fear that this will be ongoing until the market rectifies itself.
But as a trader, I do not enjoy high volatility when it comes to trading, as very often you’ll find the trades will hit our stop losses or worse JUMP past our stop losses meaning you can lose more than you bargained on…
2. Potential warnings in the future
With the extremely high debt, talks about acquisitions and with the investment community losing trust with the company, there is a higher chance of Cautionary Statements to be released on SENS (Stock Exchange News Service).
I wouldn’t be surprised if the share is suspended or, dare I say liquidated, with what is going on with the company. For this reason, I’ll leave it alone and look for better more stable trading opportunities for my personal and for my Red Hot Storm Trader subscribers.
Trade well,

Telkom's CRASHED 54% since June! Here's why I'm leaving it alone…
Rate this article
Note: 3 of 3 votes