Thanks to Moody's, Eskom and BRICs - We can expect the banking sector to fly 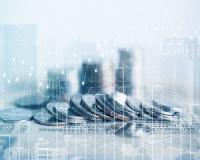 In the last few months I've sent out a number of predictions on different resource companies.

And at the end of the first quarter, we managed to bank six winning resource company trades, generating over 200% in gains.

At the start of the second quarter for 2019, I have my eye on a new sector which I'm looking to trade and profit from.

Thanks to Moody's, Eskom and BRICs - Here's why I expect the banking sector to rally in the next few months.
Recommended:
________________________________________
Could you create life-transforming wealth
with a starting pot of just R5,000?
It could be possible, thanks to...
The Extreme Wealth
Explosion of 2019
Forget Uncertainty Around land expropriation…
Forget Concerns Over The Rand…
Forget about May elections…
A Seemingly Unstoppable Wave Of Value Could Help Generate EXTREME WEALTH For A Handful Of Smart South African Investors.
________________________________________
Thank you Moody's for giving the banking index a boost
In the middle of March, South Africans were celebrating Moody's decision not to downgrade SA to ‘Junk’ status.
As I expected, it has taken some time for the market to price in this news – especially for the banks.
From March ‘till now, we’ve already started to see the big banks benefiting with price rises of:
+3.00% for FirstRand
+4.48% for Standard Bank
+4% for Nedbank's
+5% for Absa's
And I expect, this is only the start.
With Moody's rescue rating in March, we have seen the country's bond yields making multi-month's high gains. This means, South African bonds are back in favour and South Africa's bond market has already found support.
Since Moody's rating, foreign investors have already bought R6 billion of government rand bonds.
And the bond market is helping the banking sector.
BRICs bank has approved $790 million for loans
BRICs Bank president KV Kamnath said in a meeting on Monday that the bank had approved $790 million of loans for three projects.
These three projects are, Eskom’s Medupi power plant, the Lesotho Highlands water project and a renewable energy venture.
With Eskom, I also have some good news.
Don't expect too much load shedding this winter
Business Unity South Africa (Busa) mentioned that, with Moody's decision to keep our country at ‘investment grade’, this gives South Africa the opportunity to fix its state-owned corporations such as Eskom and the chance to work on the political policies.
“The decision by Moody’s to keep the rating at the same level and the outlook unchanged effectively means that it is adopting a wait-and-see approach” says Busa CEO Tanya Cohen.
Also to note: Eskom has also assured us that there will be limited load shedding during the winter months, according to Rand Merchant Bank analyst Nema Ramkhelawan-Bhana
The above factors show South Africa has a strong plan and a chance to re-build, fix and improve the banking industry as well as the economy.
Best of all, the charts agree...
With a breakout the banks will fly in 2019

The chart we’ll be looking at is the Banking Index, which also known as the Satrix FINI or (STXFIN).
The STXFIN is the JSE’s Financial 15 Index which is made up of 15 of the largest financial companies listed on the Johannesburg Stock Exchange.
Since March 2018, there has been an Ascending Triangle forming on the STXFIN.
Basically the Ascending Triangle is a pattern, where the price bounces on the same ceiling level (High 17.51) while making higher low prices.
This formation tells us that the buyers are pushing the price higher and higher, until it breaks above the ceiling level.
Once we see a break out above the high price, we’ll see more buying which will drive the price higher.
To calculate the next price target of the Ascending Triangle, we'll use two levels namely: The high price at 17.51 and the low price of 15.22.
Here's the calculation for the next price target.
Target = (High - low) + High
= (17.51 - 15.22) + 17.51
= 19.80
This means, once we see a price break out above 17.51, we can expect the STXFIN to rise to 19.80.
________________________________________
Interested?: The secret strategy long-term investors use to keep R400,000 out of SARS pocket and in their hands.
________________________________________
How you can profit from the banking rise
This is very good news for the South African banks.
As we can see the STXFIN is about to rise, we can expect the big banks to go up with it.
I’m talking about companies like Nedbank, FirstRand, Absa and Standard bank.
If you'd like to get in on these trading opportunities, then you'll need to hurry and join Red Hot Storm Trader as the next trade is lining up.
“Wisdom yields Wealth”

Timon Rossolimos,
Analyst, Red Hot Storm Trader
P.S: We are already in the money with our Nedbank trade, so make sure you don't miss this next one...
P.P.S: If you enjoyed this article and would like to share your feedback or any questions about it, feel free to email me at timon@fsp.co.za to stand a chance to be featured in our Wednesday’s Q&A article.
Tags: timon rossolimos, moody's, eskom, brics, trading,

Thanks to Moody's, Eskom and BRICs - We can expect the banking sector to fly
Rate this article
Note: 3.67 of 3 votes