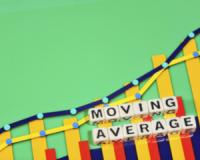 Would you believe there's just one company on the JSE Top 40 that every time it hits this particular trend line, the share price goes up every time?

I discovered this only just recently.
In fact, I tracked this share price all the way back to 2016 and found that this phenomenon occurred almost every time!
Any day now, I expect it’s going to hit this line again where we can bank a sweet profit.
**********Advertisement**********
I‘ve been waiting four years to share this with you...
If you bet on the soccer, you’ll have heard of these two.
One is a record-breaking goal scorer, and the other the most expensive player in soccer.
To the average punter, these two favourites don’t exactly scream ‘profit machines.’
But here’s the thing...
There’s a small group of unconventional punters out there who are very, VERY excited about them...
Why?
Because they’re using a specially designed ‘betting code’.
This code is so powerful; it could see average South African punters land as much as 93% profit by the end of the soccer tournament.
And you can access it right now! Click here for more…
******************************
What is this magic blue line and why does it signal profits are on the horizon?
It’s known as the Benchmark Indicator with trading.
And it’s used by traders, market analysts and investors around the world.
Just as its nickname implies, this blue line helps traders identify a point at which something may be compared.
And in this case, it’s the share price of the company.
And more specifically it provides a critical buy or sell signal for traders.
The benchmark Indicator’s official name is the 200 Day Moving Average (200MA).
And right now, there is one particular share as I’ve shown in the chart that’s about to touch the 200MA line again. And it will signal the next buy on this company!
**********Advertisement**********
Seven filthy secrets to get rich quick
Have you noticed how some people always seem to have more money than others? They don’t necessarily have better jobs. Nor do they always earn amazing salaries. They just have more money.
But where... How... Did they get it?
What’s their secret?
Well, I’ve just released my new book - Little book of Big Income  - 7 Filthy secret to get rich quick – In it you will discover how ordinary people can become extraordinarily wealthy just by applying some fairly simple techniques – techniques the rich use to get even richer. But the secret to how they do it will astound you – the rich don’t do anything special, they just do it in a very special way, as I’ll explain in my e-book.
I’m releasing 300 FREE copies starting today so if you want to reserve a copy of one of these 300 right now, simply claim your copy of Little book of Big Income here.
******************************
We can expect huge upside and profits to come – when this share touches the 200MA
I’m talking about Shoprite.
As I said earlier, since 2016, this company’s share price has consistently gone up every time, it has hit this line and this is why I believe Shoprite’s next bounce in price is imminent.
And when it touches the benchmark, I want to be in on this trade and ride it all the way up.
If you don’t have time in the day to keep watch on the charts, don’t worry.
I’ll be happy to alert you when Shoprite touches this 200MA so we can all profit. Click here and I’ll add you on my SMS hotlist.
Always remember, “Wisdom yields Wealth”

The ONLY share on the TOP40 that rockets when it touches this “Magic Blue Line”
Rate this article
Note: 3.17 of 3 votes