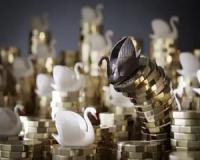 There is a continuous debate that goes around both local and global markets during the ninth month.

It's called the ‘September Effect'.

This is a well-known theory where stock prices perform worse, on average, compared to how they perform during the rest of the year.

However! No one has come up with a plausible reason for why that is.

Today, I'll go through the facts and stats to see if we can debunk this myth.

Let's get into it…
Recommended:

________________________________________
Three so called reasons for the ‘September Effect’
Reason #1: The up-coming third year quarter results
September is the first month for the final quarter of the year. And during this month, investors become worried about the upcoming third-quarter earnings and the end of summer sales.
This is why they tend to avoid buying stocks, and instead hold onto their cash, which leads to a drop in stock prices.
Reason #2: After holidays – lock in profits
It is believed most investors in September return from their summer vacation and are ready to lock in gains as well as tax losses before year end to pay for their children’s’ school fees, properties and other yearly obligations.
Reason #3: Self-fulfilling prophecy
Just like there is a January Effect, May Effect and October Effect – It is possible that we as traders and investors are trying to find something that isn’t there to begin with… And so, it may just end up to be a complete coincidence for how January tends to perform better than September etc…
________________________________________
“The COIN KING that could turn R500 into R110K!”
I’d like to rush you a copy of my book, Crypto Revolution, right away.
Inside you will find everything you need to understand this financial revolution…
And take maximum – potentially life-changing – advantage of it.
Including the name of the coin I am calling “The Bitcoin Killer”…
A cryptocurrency that could ultimately climb 20,000% from where it sits today.
That’s the kind of move that turns R2,500 into R500k over the longer term.
You’ll get the name of that crypto…
My full case for why it could rise to become the #1 crypto in the world…
CLAIM YOUR BOOK IMMEDIATELY
________________________________________
The main reason why I don’t fall for the ‘September Effect’ Source: www.TimonAndMATI.com
Looking at the above daily chart of the JSE All Share Index, we can see for the last six years we have had five positive September returns on the JSE as well as two negative months.
If we were to sum up all seven years’ worth of Septembers, we’d see there has been a positive return of 10.6% (5% - 3.90% + 6.99% + 1.10% + 3.18% -1.68%)
This tells us in South Africa the ‘September Effect’ clearly does not apply and we shouldn’t put our hopes on the expectations for the stocks to end off negatively.
In fact, I am taking the complete contrarian approach and am looking to go buy a couple of stocks this month. If you’re feeling like the September Effect is BS for SA, join the club here
Trade well,

Timon Rossolimos,
Analyst, Red Hot Storm Trader
PS: If you’d like to join me on my next buy trade idea, click here so you don’t miss the next one…

The ‘September Effect' DEBUNKED
Rate this article
Note: 3.5 of 3 votes