This might be the BEST thing you read today… 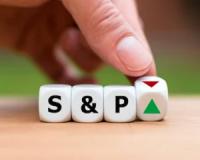 Just one week ago, I was feeling very bearish and down with the markets.

I thought Donald Trump would stay president until 2024. I thought we weren't going to see any signs of a vaccine. And I thought South Africa would head back into lockdown.

Boy was I wrong. And I couldn't be any happier with being wrong.

Before we knew it, there was a massive change of hearts in the markets this week.

And just a few days later, a promising vaccine for COVID-19 was announced.

It's really refreshing to be writing a positive article for a change.

Let's get to it…
________________________________________
HOT UPDATE:
Pickpocket Trader just closed a massive 243% gain
on the Rand…
In the same month, his members could've banked another 111% on a play with the Ozzie dollar and a quick 21.98% on the British Pound!
Read on to find out how you can get in on the next big gain!
________________________________________
A standing world ovation goes to – Pfizer and BioNtech
Early last week, Pfizer shares soared 15.4% closing up 7.7% as they (Pfizer and BioNtech) released news of a vaccine they developed for COVID-19.
They showed data where vaccine shots may be 90% effective, in its 44,000 patient phase 3 trial, at preventing the virus.
It’s also stated there are no side effects and that the next data report will be released at the end of November…
If all goes well, the FDA could even approve it by then.
In fact, the pharmaceutical giant said it has already planned to set up authorisation for emergency use and distribution of the drug, with U.S regulators later this month.
And to lift the spirit for investors we had Ajay Rajadhyaksha, head of macro research at Barclays say,
“If that proves to be correct, it is a significant positive surprise and increases the odds of a quicker return to normalcy,”
Anything that will bring positivity to investors and the economy, are strong signs for upside in the markets…
Sectors are awakening for the first time since March
After the presidential results as well as the vaccine news was released, we saw the S&P 500 move above a key technical level at 3,588.
This lead to the index moving to all time high prices as well as entering into an uptrend.
And you know what drives an index? The stocks that make up for it.
In fact, we saw a number of sectors surging including.
• Healthcare
• Industrials
• Materials
• Financials
• Retailers and more…
This price upside has also arrived perfectly in time for the seasonal reason why markets move up – The Santa Claus rally.
This is where individuals and investors tend to spoil themselves on Christmas and retail shopping, holidays, buying shares and other goodies from their bonuses or savings.
This W Formation is showing a 7.90% rally for the S&P500 before year-end

This might be the BEST thing you read today…
Rate this article
Note: 5 of 4 votes