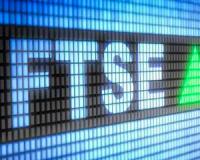 What an interesting month it's been for Trading Tips.

As the world has been easing their national lock down rules, it looks like the global economy is slowly going back to ‘normal'.

And each week I do an analysis, I find yet another stock exchange which is set to rally higher.

First the Dow Jones, second the JSE All share Index, then the rand and today is no different.

In today's article, we'll be looking at the UK FTSE 100…Why we should see a 21.55% rally in the next few weeks? And how we can profit from the rise!
________________________________________
Recommended: TRANSFORM YOUR WEALTH - How to invest in a post covid world
________________________________________
Reason #1: The UK is set to re-open in July
Last week Monday, the UK finally reported its lowest daily Covid-19 death toll since Mid-March with an increase of only 15 to 42,647.
This was a big relief for the UK.  Boris Johnson then announced there are areas of the economy that will re-open on 4 July 2020.
Analysts now expect cinemas, museums, galleries, pubs, hairdressers and restaurants in England to be re-opened again.
However, there will be strict measures in place to avoid a sudden second wave spread including.
• One-way systems
• Wide queuing (with social distancing being practised)
• Pre-booked tickets
• Two-metre rule gap cut to one-metre rule
This will likely cause a significant boost to the economy, which will pump up positive sentiment.
And you know what that means?
Yes – an injection of buying of UK stocks and other related markets.
Take a look at the manufacturing index for instance…
Reason #2: The UK’s manufacturing and services hit a four-month high
One of the important economic forecast tools a company uses to measure their performance is the PMI.
The PMI (a.k.a The Purchasing Managers Index) tells us about the current and future direction of economic trends in the manufacturing and service sectors.
Any number below 50 shows a contraction in activity.
Fortunately, the IHS Markit’s Flash UK PMI rose 17.6 points from 30 in May to a four-month high of 47.6 in June.
Also, the flash UK Services Business Activity Index also recovered from 29 in May up to 47 in June.
Finally, the Flash UK Manufacturing PMI for June was 50.1 following from May’s reading of 40.7.
This data gives investors a clear sign the economy looks like it’ll pick up from here.
Chris Williamson, Chief business economist at IHS Markit confirmed:
"June’s PMI data add to signs that the economy looks likely return to growth in the third quarter, especially given the further planned easing of the lockdown from 4th July.”
Reason #3: Oxford University to the world rescue
Last week, the FTSE 100 extended its gains by another 3%, as good news came from Oxford.
According to the University, they have found, in the Coronavirus treatment trial, a common steroid that could drop the risk of dying from the virus.
It was announced Astrazeneca, drug giant, could have a vaccine ready by October which would protect people for one year.
The FTSE then rallied in the last half an hour of the day and the next day, when the government gave the NHS the go ahead to use the first drug to help drop the virus death rates.
Reason #4 & #5: The FTSE 100 has just broken up and out of its six-month downtrend
I have two more reasons, to add to the FTSE 100 boost in price.
First, despite the ongoing Covid-19 era, this month the FTSE100 also introduced four new companies into their index.
Avast, GVC Holdings, Homeserve and Kingfisher.
This is always an exciting time as it will attract new and fresh investors and traders into the market.
In fact, there has already been a boost in activity as the price has broken up and out of its six-month downtrend.
Take a look at the chart below.