What McDonald's success has taught me about trading - Part 1 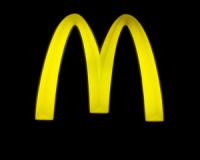 To think that McDonald's started with two humble brothers, creating a one simple but revolutionary concept.

The Speedy Service System - to have food orders ready in 30 seconds rather than 30 minutes.

This took the world by a storm.

The beauty about McDonald’s trading success can be summed up in three words:

I’m going to share with you these three success ingredients that Mc Donald’s used to become a success and show you how it’s taught me about trading success.
The first ingredient I’m going to explain today is…simple.
**********Advertisement**********
Bank fast gains of 101%, 37%, 61%, 92% and 106%... Whether the market goes – DOWN or UP!
Join a select group of private South African investors who make regular and substantial profits from this exciting method of trading the global financial markets. Whether the market continues to grow in the months ahead… or if it starts to fall again, you will still be able to make great returns.
Since the beginning of this year, Trader X and his followers have taken advantage of the global markets to bank gains of 101% from Gold... 61% from Copper and 92% from the US500!
To find out how Trader X can help you trade these markets for potential large profits, go here for more information.
******************************
Ingredient #1: Simplicity
Did you know that McDonalds did not start-off as a fast-food burger and chips restaurant?
No… In 1940, Maurice and Richard McDonalds opened a barbeque restaurant in San Bernardino, California.
It took around 30 minutes for you to receive your order. And half of the time, the order was wrong.
In those days, this was a normal waiting time to receive an order, but the brothers knew they could do better.
The brothers took all of the company’s data to see where most of the sales were coming from.
According to the renown “McDonalds Behind the Arches” Written by John F. Love in 1986, in 1948, after compiling all of the data,The brothers were surprised to find that almost all of their sales and profits  came from simple burgers.
And so, the brothers decided to make their life easy and got rid of the barbeque pit completely, the carhops, removed cutlery & dishes and replaced them with disposable paper packaging.
"Imagine - No Carhops - No Waitresses - No Dishwashers - No Bus Boys - The McDonald's System is Self-Service."
They took a calculated risk and cut their menu from 25 items down to just 9 items.
Here’s the exact replica of the menu they used. And so,the brothers decided to focus on what was making most of the revenue.
Burgers, chips and coke.
The brothers believed in this concept, “Take a product, improve it drastically and then sell to the masses”.
And so they made a radical make-over with their restaurant.
The brothers took to a tennis court and drew out the compartments with the cooking process, which looked like an assembly line.
This allowed them to develop the “Speedy Service System”.
They moved and orchestrated their employees to create burgers until the flow and speed was at the most optimal level.
Once they mastered the flow, the employees took what they learnt on the tennis court and moved it into the restaurant where they managed to make burgers within 30 seconds.
In their first year, their revenue jumped from $200,000 up to $350,000.
Just by cutting 14 items off the menu and making their lives a lot simpler, they were able to generate $150,000 in additional revenue.
How “Simple”relates with my trading success
For the first few years, I believed that the more indicators I added onto my chart – the higher my win/rate would be with my trading.
And so, from 2003 up ‘till 2007, I studied every trading indicator you can think of.
Bollinger Bands, CCI, On Balance Volume, William % R, Linear regression, Time Series Forecast, just to name a few.
It got to a stage where my trading system looked something like this…
My trading system in 2008 – 2009 I finally realised the more indicators I added to the chart, the more conflicting the buy and sell signals.
You see all indicators available on any platform, are based on one thing…the past.
And each indicator uses historical data and a mathematical formula to indicate which way the market is currently moving.
And so, just like the brothers went to a tennis court to re-design and recreate, I went back to the drawing board to develop a SIMPLE approach to trading.
**********Advertisement**********
It’s ambitious. But it just might work…
Three ‘Rocket Stocks’
that could make you
up to 726%
Don’t Wait! Click here to find out more
And these three stocks could be your ticket to this potential profit explosion:

Find all the details right here
******************************
My quest to develop a SIMPLE approach to trading
I first cut out the indicators, which were clearly deteriorating my portfolio.
You might wonder, how did I know which indicators were wrong?
Very simple… Market trends.
You see trading indicators are always market condition dependent.
This means, they are only designed to work in trending markets.
But when the market moves sideways, you’ll find that you’ll get buy and sell signals from indicators which will more often be wrong.
These signals will constantly pop up and eventually destroy your trading account.
No matter whether you have a degree in technical analysis or you’re a top hedge fund manager, you won’t be immune to these ongoing false indicator signals.
My point is, the less indicators I used, the better results my portfolio generated.
It got to the point where I cut out 10 indicators from the chart and was left with only two.
Price action and Candlesticks.
Here’s what my trading strategy looks like today By cutting out 10 indicators I was able to grow my portfolio over 180%, and I haven’t looked back since. A 180% gain  and I’m just getting started with what I learnt from McDonalds
The “Simple” ingredient of success McDonalds used to upper their revenue is pretty much the same way I simplified my trading strategy to yield profits.
And is the same strategy I’ve used to bank my Red Hot Storm Trader’s a consistent income in the last six years.
But this is just the start.
Wait for next week where I’ll share with you the second ingredient of success McDonalds used to become the second most successful business in the world. And how I use this ingredient on a daily basis to improve my trading success.
Always remember, “Wisdom yields Wealth”

Timon Rossolimos,
Managing editor, Red Hot Storm Trader
PS: I’d like to share with you my simple trading strategy that’s helped me bank over 180% profits over the years… Simply go here and I’ll happily share it with you.
Tags: timon rossolimos, mcdonalds, trading,

What McDonald's success has taught me about trading - Part 1
Rate this article
Note: 3 of 4 votes