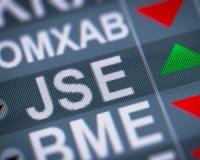 The JSE All Share Index (ALSI) has started 2021 on a strong note.

It climbed to the highest levels, we've seen in almost three years

And what's strange is, it happened during the 2nd COVID-19 Wave.

However, it was not local stocks that led to this JSE rally.

In this article I'm going to share three main factors why the JSE is rallying and why I expect it to rise another 34% in the next few weeks.

Let's go...
________________________________________
Trading Made Simple: First look
After 19 years… master trader Timon Rossolimos finally unveils a unique trading strategy that…
• Gives you tactical superiority over the markets…
• Eliminates all confusion and indecision from trading…
• And could make you up to 142% on any given trade…
Claim your free copy of this brand new book immediately
________________________________________
Joe Biden's fiscal stimulus will be great for the JSE
When it comes to the U.S elections, last week the Democrats had yet another victory in two key Georgia run offs.
This has given them control of the U.S Senate.
What you need to know is this.
This win has brought optimism with investors that, there'll be a global recovery from the pandemic via the new economic stimulus package.
And so, investors have started to buy stocks, as they believe the U.S stimulus spending will help spur an economic boost for demand and even buying for resources.
This is evident in what happened last week.
Platinum and gold rocked the JSE
Since the Democrats won the US Senate, we've seen an influx of buying on the JSE, which pushed the price up.
In fact, last week we saw the JSE run up to, two-year record highs at 59,048.
This was mainly driven by both gold and platinum prices.
Platinum rose to prices we've not seen since 2017. This helped push platinum companies up:
• Impala Platinum Ltd. rose 2.3%
• Sibanye Stillwater Ltd. was up 2%
• Anglo American Platinum Ltd. was up 1.7%.
We also saw gold indices up almost 3% and resources closing over 1% in the green.
And this pushed up resource stocks on the JSE.
Side note:
We even banked a 46.34% gain on our Anglo American trade with Red Hot Storm Trader as the price rallied past our take profit level at R561.17.
Clearly right now the JSE is in a bull market, based on what's happening in the U.S and will continue to rise in the near future.
In fact, the charts are still showing a 34% rally to take place.
This massive Cup & Handle pattern is showing huge upside for the JSE

We're looking at the weekly chart of the JSE All Share Index 40.
Since 24 February 2020, it has formed a large Cup and Handle formation (shaded area).
This is a chart pattern which resembles a cup with a handle.
And just like every cup and handle, there is a brim level (also the high price).
You can see a brim level (breakout level) at 54,338 (black line).
On 7 December 2020 the price broke up and above this level, which told me there was more upside to come.
However, the volume was not convincing enough.
Until last week...
Last week, I saw a surge of buying (demand), which told me they're about to push the price higher.
If we take the price differences between the high and the low, and add it to the high price - we'll get my first target for the year.
Here's the calculation
Price target = (High - Low) + High
= (54,338 - 35,370) + 54,338
= 73,306
And now is the time to act!
________________________________________
Your Secret Roadmap to Retiring in Modern-Day
South Africa
Let’s face it… the world is changing all the time.
This is especially true when it comes to business and finance.
And after 10 years in the trenches, I can say with absolute certainty…
You DON’T want to be on the sidelines when a new and great secret to building your income and wealth emerges.
That’s why, In The Little Book of BIG Income – Ten Filthy Secrets to get Rich Quick, you'll learn this secret.
________________________________________
Here's how I'll profit from the 34% JSE rally
First, I'll buy the JSE ALMI 40 CFDs and hold it until it hits my target.
Second, I'm looking at buying a whole bunch of resource stocks and banks starting this week!
Make sure you don't miss these special trade ideas which will only be going to my most elite group of traders. Click here to be one of them.
Trade well,
Timon Rossolimos,
Analyst, Red Hot Storm Trader
PS:
DID YOU KNOW?
Timon has just closed 2 profits in 2021 banking over 121.85% gains - AND it’s only the middle of January!
Take a look here.
He banked a 46.34% gain on Anglo American on 6 January 2021
He banked a 75.52% gain on the ALSI 40 on 11 January 2021
And he's just getting started. Don't miss the next profit opportunity…
Tags: timon rossolimos, trading, jse, platinum, gold,

Why I expect the JSE to rally another 34% despite the 2nd COVID-19 Wave
Rate this article
Note: 5 of 2 votes