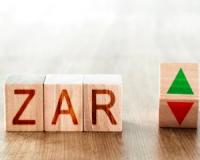 The rand is once again in hot water.

And this is due to one main factor.

We hit half a million cases of Coronavirus in SA, taking us to the top five infected countries in the world.

It's clear the COVID-19 pandemic still has the power to cause a see-saw in market sentiment.

Unfortunately, I have more bad news on where the rand is headed, but my job is to seek out the profit opportunities, which I would like to share with you now....
________________________________________
Newest profitable opportunities have just arrived!
If you missed the last batch, you’re in luck for the next.
Basically, Timon’s weekly profit strategy has been outperforming most markets recently.
He’s generated double and triple digit gains in as little as 2 weeks.
And month after month, the gains just keep on rolling in.
Take a look at the last three months alone: Join here to for your 90 days free trial
________________________________________
Why August is going to be bad for the rand
• According to Bloomberg, the auto sales in South Africa will drop to the lowest levels in 17 years.
• Absa Purchasing Managers’ Index (PMI) for July declined to 51.2 index points from 53.9 in June. It was also noted that manufacturing will continue to struggle as countries prefer to import from other Asian countries.
• The manufacturing numbers have and will continue to struggle, as countries prefer to import from other Asian countries.
• Government bonds weakened and the yield on the benchmark bond due in 2030 rose 9 basis points to 9.33%. We continue to see foreign investors to lose interest in SA bonds with the government debt falling to the lowest level in more than eight years.
With these factors in mind,hedge funds and other speculators are increasing their selling positions on the South African rand.
These factors will continue to add major pressure on the South African economy which will push the rand’s price to new lows.
Global uncertainty and tension continues to scare
away investors
With new signs of a second wave of COVID-19 kicking in, and travel being allowed again, this has struck fear, uncertainty and risk aversion in investors as they started pulling out of global assets (including the ZAR).
Bianca Botes, Executive director at Peregrine Treasury Solutions, summed it up very nicely…
“Markets continue to dwell on uncertainty regarding trade tensions, U.S elections, and recovery, as well as rising virus numbers.”
And even though, we are starting to see a slower rate of infections from 14,000 down to 5,300 a day – we still tend to follow what the world’s markets do.
A Falling Wedge pattern shows major downside for the rand

We’re looking at the South African rand’s weekly chart against the US dollar.
From August last year up until March, it was moving in a continuous sideways range from R15.30 down to R13.30.
Then when the national lockdown kicked in, we saw the US dollar strengthen on a weekly basis until the rand reached R19.00 to the dollar.
From April until August, the rand has been showing signs of strength once again bringing it down to R16.30. However, it’s been forming a very bearish and dangerous pattern – the Falling Wedge.
This is where the price consolidates within a falling price range, forming a downwards triangle (Shaded area). The problem is the price has, as of last week, broken above the Falling Wedge formation.
This tells us we can now expect the US dollar to strengthen further against the rand, which will take the price to the top of the Falling Wedge pattern at R19.11 which can set it to weaken to the lowest level in history.
________________________________________
You may never see value on the stockmarket quite like this ever again!
Right now, there are a handful of little known stocks at the most attractive levels they've been in a decade:
• A Precious metals producer that's turning mine dumps into money - and it's just signed a deal to get its hands on a 150 million tonne copper opportunity in Africa
• A Pharmaceutical and healthcare company that's capturing the entire value chain from medicine and PPE to medical aids, and health insurance - and even though you've probably never heard of it - it serves more clients than Discovery Health!
• A niche manufacturing company that's literally DOUBLED its footprint in Europe over the last couple of years - and now its expanded with another offshore acquisition
• An essential logistics provider that's paying one of the largest dividends on the JSE - whilst still growing its business year on year.
• An up and coming transport company that's making big money from government's failures in the public transport space
I’ve identified these 5 local companies I believe could double in share price or even more over the next 24 months! You can learn more here.
________________________________________
Here’s how I’ll profit from rand’s weakness
There are two main ways you can profit from the weakening rand.
I’ll first decide to go long (buy) the USD/ZAR CFDs and hold it until it hits R19.11 to the US dollar.
Or I’m going to look at buying into the resource and industrial stocks that rise when the rand weakens.
You see, a rising US dollar is positive for resource companies as South Africa is a leading exporter, which gold, platinum, steel and so on are exported to other countries in dollars.
This means, when the rand weakens, resource company’s profits go up which pushes the company’s prices up…
In fact, with Red Hot Storm Trader we’ve managed to bank nine winning trades out of 11 banking a cumulative gain of 459% in total…
Here’s to the next triple digit gain, thanks to the South African rand!
Trade well,
Timon Rossolimos
Analyst, Red Hot Storm Trader
Tags: timon rossolimos, trading, rand, currency, covid-19 pandemic, zar, usd/zar cfds

Why I think there could be another 459% gain to be made as the Rand falls
Rate this article
Note: 4.21 of 7 votes