Why the JSE will continue higher despite Trump's latest tariff - wars 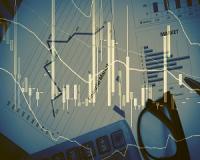 Last week we discussed how after a national SA election there is always a rally on the JSE in the following 12 months.
If you missed the article, you can catch up here.
In today's article however, I would like to follow up and explain why I expect a strong rally despite the carnage that is taking place in the international markets.
Recommended:
________________________________________
7 out of 9 Winning Trades and Counting!
That's right, since the 1st of January 2019 this system has pulled in 7 out of 9 winning trades!
The rate of winners over losers currently stands at an unbelievable 77.78% for the year and it's about to get better... News from the market indicates our most recent trade is set to take off.
Today, I want to give you the chance to join me and start reaping consistent gains of 51.95%, 25.54%, 44.75%, 47.77%, 41.10%, 46.10% and 18.38% within weeks
________________________________________
How a naive tweet from president Trump caused a market crash
Two weeks ago, president Trump sent a tweet pledging to increase the tariffs on goods from China.
It promptly hiked tariffs from 10% to 25%, that’s a $200 billion increase on Chinese goods.
Then it was reported the Trump administration would raise the tariffs a further $325 billion dollars if a deal isn't struck in the next three to four weeks.
“China should not retaliate —it will only get worse.” Said President Trump.
And of course, China retaliated by saying they will raise their tariffs on $60 billion US import products (mostly agricultural goods), starting on the 1st of June.
These shenanigans saw the S&P drop 2.2%, the Dow Jones drop 3%, the Shanghai Composite fell 1.7%, Hong Kong’s Hang Seng dropped 1.5%.
And yet, the JSE Top 40 index went up 0.63%.
The question is, 'why'?
We have the South African elections to thank!
It seems “Not even global fears can trump the post-election relief rally,” noted Vestact…
And when I look at my charts they confirm we can expect a rally
Why the JSE will rally from this critical level

Looking at the daily chart of the JSE Top 40 index, you can see that the overall trend since November 2018, has been up.
This upside has been held by a strong uptrend (green line).
You can think of the uptrend as an elastic band. The further you pull the price away from it, the more likely it will rebound back to its equilibrium.
In just 15 days we've seen the JSE retrace back to this uptrend, which we can now expect a bounce again.
As long as the price stays above this uptrend, the buyers will continue to keep the JSE uptrend intact.
________________________________________
You could be one step ahead of the average investor every time you make a decision
Look around you. Taxes are rising, independent, unbiased financial advice is disappearing, and mis-sold pensions and equities are taking their toll on people’s savings. In any given year, less than 20% of the more than 800 unit trusts in South Africa beat the market for their investors. So much for the abilities of ‘experts’.
Now more than ever, due to the current economic landscape, it’s only those with access to specialised knowledge and expertise who will really prosper in 2019 and in years to come…
Find out how YOU can be one of them…
________________________________________
Let’s end by summing up all the reasons in the last two weeks, why I expect the JSE to rally.
Reason #1: The JSE has shown to rally within 12 months after the elections which its done for the past 16 years.
2. The price bounced off the uptrend (green line) which it has done each time since November 2018.
3. According to the market depth, there has been a surge of buying (around the psychological 50,500 level) compared to the amount of selling in the banking, retailer and telecommunications. I already have my eye on buying a number of stocks from sectors such as banks, insurance and retailers. For more information click here for details.
“Wisdom yields Wealth”

Why the JSE will continue higher despite Trump's latest tariff - wars
Rate this article
Note: 4.5 of 2 votes