With the 3rd US stock market rally in play - we can't go wrong! 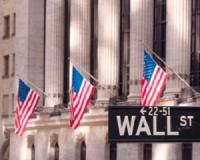 In the last two weeks, I've sent out predictions on the next Nasdaq and S&P 500 rallies.

It seems like America is really showing signs of upside to come, as the stock markets have both continued to rally to new all time high prices.

I call it the US stock market hat-trick rally.

I've yet again been alerted of another American stock market rally. And this time it's with the Dow Jones 30.

Here's why and how to profit from it…
________________________________________
SUCCESS: After more than 16 years spent perfecting his method, this highly respected trader reveals:
The magic 'touch' that turns R5,000 into R12,100 in less than a month
And allows you to pick up regular, daily gains like R5,350, R5,950 and R7,100...
It's fast. And best of all you don't need to know a thing about the financial markets...
I'm only going to send out 1,000 copies of this 'start from scratch', step by step, 'idiot proof' guide so if YOU want to discover how to pick up an easy R15,000 to R26,000 a month...
I must hear from you right now
________________________________________
What is the Dow Jones
In case you don’t know. The Dow Jones (DJIA) is one of the oldest and the most commonly followed stock market in the world. It only includes 30 large companies, that most of you know including:
• American Express
• Apple
• Johnson & Johnson
• McDonalds
• Nike
• Visa
• The Coca-Cola Company
• Boeing and so on…
Here’s why I expect upside for the Dow Jones…
Jobs in America are on the rise
Last month, the US economy added yet another higher than expected number of jobs since August 2020.
850,000 to be exact.
With the vaccinations in full play and with the opening of the economy, trade, travel and business – we are definitely seeing a recovery from the pandemic.
For instance, the average hourly pay jumped 2.3% in June among a number of sectors that struggled during the Covid-19 crisis.
This includes workers in the leisure and hospitality sector which took the three-month pay increase to 6.2%.
And with the initial jobless claims easing to a low of 364,000 in the week of June, this means we can expect an even better July jobs report…
Earnings are coming in strong which boosts optimism in America
Good earnings reports are definitely catalysts for helping the Dow Jones rally.
First, we have Nike which blew away the fourth-quarter earnings estimates on Thursday. The company reported an Earnings Per Share cents on revenue of $12.3 billion. This is a lot higher than what the analysts estimated.
We then saw the stock surge the next day over 15%, which put it into the buy range point (148.05) according to IBD MarketSmith.
Next we had more strong earnings coming from companies like:
• Micron Technology
• United Airlines
• Didi Global
• Tesla
• Xpeng
• Li Auto
This will help attract investors and companies to buy stocks from all three American stock markets which will drive the price higher…
And once again the chart confirms the upside to come…
________________________________________
REVEALED! My #1 wealth building secret
You’re not going to need to “get lucky” on some dodgy get-rich-quick scheme… gamble on speculative penny stocks… learn how to buy and flip real estate… or anything else you might consider “high risk” or “scammy”.
Simply click here, follow this proven wealth building formula, and you could turn a small stake into a multi-million rand fortune!
________________________________________
This rising channel is showing an insane 2,386 point rally for the Dow Jones

In the above Dow Jones daily chart, we can see it’s been on a strong uptrend channel since 1 July 2020.
Then in early April, we hit a short but lingering side ways range until 5 July 2021.
Whether you bought or sold, you would have been shaken out of your trade.
That was until last week.
Last week, we saw buyers take control as they pushed up the resistance price (ceiling level) over 34,770.
And now, with the positive information coming out with better jobs, earnings and optimism, we can expect the next Dow Jones rally in the near future.
If we look at the channel, we can base the next price target at the top of the channel at 37,156.
Here’s how I’ll profit from the next 2,386 point rally…
First, I’ll buy the Dow Jones CFDs (US30) and hold it until it hits my price target.
Second, I’ll be waiting for Trader X’s international trade ideas as he takes advantage of the Dow Jones rally to come.
This can range from international stocks, indices and even currencies… You can read more by going here…
With the green lights given on all three US stock market rallies to come, we pretty much can’t go wrong. Click here to start profiting right away.
Trade well,
Timon Rossolimos,
Chief Strategist, Red Hot Storm Trader
Tags: timon rossolimos, trading, dow jones cfd, cfd

With the 3rd US stock market rally in play - we can't go wrong!
Rate this article
Note: 5 of 1 vote