You thought the Steinhoff debacle was bad? These JSE giants have really fallen off the horse... 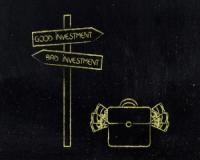 What a cold and depressing winter it has been… For the JSE that is.

Since Steinhoff's debacle, we've seen some of the largest companies on the JSE crash 30% to over 89%, which I'll explain in just a minute.

And there are no signs yet for recovery until the end of 2019.

In today's article we'll cover the Ugly and the Bad for the JSE and a little bit of Good on how we can profit during these solemn times.

Let's get to it…
________________________________________
Recommended:
Don’t miss your chance to pocket fast gains from the global financial markets - Like 88.25% on the USD/ZAR, 31.25% on BMW and 29.41% on Standard Chartered
A small group of traders are banking profits every 3 to 6 weeks on the international markets…
• 31.25% gain on a BMW punt
• Then one week later 88.25% on a USD/ZAR trade
Readers are poised for more double-digit wins n the S$P500…
You now have a chance to join in. Just click here to learn more.
________________________________________
THE UGLY
Going back to our opening line, some of the JSE’s darlings that have taken a major fall include:
British American Tobacco -33%
Aspen -74%
Brait -78%
EOH over 87% and
Tongaat Hulett -89%
This has been a major lesson for us South Africans as we have now seen that even the most established, profitable, highly valued and diversified companies can still collapse like a penny stock. This is due to abysmal returns, lack of leadership, fraud, mismanagement global issues and the ongoing trade-wars.
In fact, if we consider how the JSE has performed over the past three years you won’t be surprised to know  the annual return has only been 5.6%. The sad reality is you would’ve been better off leaving your cash in the bank.
THE BAD
With the ever-escalating US-China trade war – it is making things worse for stocks world-wide.
In fact, just recently on 1 September, tariffs of over $110 billion worth of Chinese goods were added and the JSE took yet another tumble, as we saw a number of both mining and retailers down including.
A 3.37% drop on Anglo American Platinum
A 5% fall on Imperial Logistics
A 4.56% drop on Massmart and
A 4% fall on Intu Properties.
And we can expect a further fall for the JSE in the final quarter of 2019.
Nick Pitro, senior consultant at Austin Morris Associates confirmed
“If you live in South Africa and have a house and pension here, keep them, but take as much of your investable money out as you can. Staying invested in local assets is likely to erode your wealth over time”.
Why this box is setting up a 9.13% drop on the ALSI Looking at the daily chart of the JSE ALSI index, you can see that the price has fallen over 11% in the past three months from 53,000 down to 47,065.
And during the last two months, it has been forming and consolidating in a pattern known as a continuation box formation (Grey Shaded area). This pattern is more often than not reflects a pause in the current downtrend direction, before the sellers take over again to drive the price lower.
When this happens, we can expect the price to break below the box formation, which will take it to the next target of 44,501.
To calculate this target, we’ll simply use the Top-Bottom formula.
Target = (Bottom - Top) + Bottom
= (47,065 – 49,629) + 47,065
= 44,501
________________________________________
“The COIN KING that could turn R500 into R110K!”
I’d like to rush you a copy of my book, Crypto Revolution, right away.
Inside you will find everything you need to understand this financial revolution…
And take maximum – potentially life-changing – advantage of it.
Including the name of the coin I am calling “The Bitcoin Killer”…
A cryptocurrency that could ultimately climb 20,000% from where it sits today.
That’s the kind of move that turns R2,500 into R500k over the longer term.
You’ll get the name of that crypto…
My full case for why it could rise to become the #1 crypto in the world…
CLAIM YOUR BOOK IMMEDIATELY
________________________________________
THE GOOD
Once the price breaks below 47,065 and continues to the downside, we can then expect another 9.13% drop to 44,501 which we can profit from.
Either you can short the JSE ALSI and hold until it reaches the target where you can bank a gain.
Or you can wait for my next SMS where I'll look out for the best stocks to sell high and buy low for a profit. I'm talking about sectors that fall when the JSE falls such as retailers, insurance and even industrial companies.
Trade well,

You thought the Steinhoff debacle was bad? These JSE giants have really fallen off the horse...
Rate this article
Note: 3.65 of 10 votes