Great work! Your analysis was spot on… 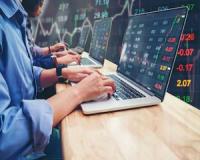 Q. “Once you've entered your trade, is there a process or criteria you use or follow that tells you when to close your trade?”
A. When it comes to following my MATI Trader System, I have a fixed set of criteria that tells me when to exit or close my trade every time I take a trade.
In fact, I have four criteria:
Reason #1: Your initial stop loss hits
The stop loss is a price level which instructs the market to exit a trading position which has moved against you. A stop loss level protects you from taking a further loss.
In lesson two of the MATI Trader system, I’ll explain exactly where to place your stop loss with every trade you take.
Reason #2: Your trailing stop loss hits
If your trade moves in your favour, your safety net or stop loss ‘trails’with it.  So if it turns and starts going against you, you can still lock in some of the gains by trailing your stop loss.
In lesson five of the MATI Trader System Programme, I’ll show you the criteria to use to adjust your trailing stop loss to secure your profits and prevent your trade from ever turning into a loss.
Reason #3: Your take profit hits
The take profit is a price level which instructs the market to exit a trading position for a profit. Since June 2019, Nasdaq has been forming a Falling Wedge pattern (shaded triangle).
Now that the price has moved 3/4s to the apex, we can expect a breakout to the upside which will send it to the first target at 114.40 (according to the criteria set in lesson 2 in the MATI Trader System Programme).
Now as per your question, there are three criteria that you can use which confirms this as a Falling Wedge pattern.
Confirmation #1: The previous trend was up
Every Falling Wedge pattern needs to have a strong previous uptrend. In technical analysis we call this a ‘flag pole’.
Looking at the above chart, you can see that there was clearly a strong flag pole from January 2019 up until June 2019 (black arrow).
Confirmation #2: Must have formed over 3 months
For it to be called a wedge, the pattern needs to have formed over a period of at least three months.
We can see that the Falling Wedge has formed over four months from June up ‘till October 2019 (Shaded area).
Confirmation #3: 3/4s of the apex
For a solid Falling Wedge formation to have formed, we need to wait for the price to reach 3/4s of the apex before the breakout.
With the Nasdaq we may need to wait a couple of days before we get a confirmed breakout. Once this happens, it will be the perfect opportunity to get in and profit from the upside.
Author Note: I would like to extend this invitation for us to find high profitable trades to profit and live a lifestyle of financial-freedom from my life’s work. You’ll need to act quick as this is the final call to join before my publisher takes it off…
Click here to join NOW.
Trade well,
Timon Rossolimos,
Founder, MATI Trader System
P.S: Looks like you only have one week left until my publisher decides to take the MATI Trader System programme off the market due to scheduling reasons. This is probably your last chance to own it…

Great work! Your analysis was spot on…
Rate this article
Note: 5 of 1 vote