How to NEVER get “Squeezed Out” of your trading positions 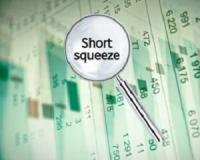 “Timon do you believe that with the second wave of COVID-19 cases in Europe will also cause the price of Brent Crude to drop in price?”
A. Absolutely! Thank you for reminding me Joe.
In fact, it’s one of the main factors I forgot to mention in this week’s article.
In the last month, we have seen a resurgence in infections throughout Europe.
We have seen new lockdowns and restrictions put into place in many countries including:
France, Spain, Netherlands, Germany, Italy, Denmark, Belgium and I can go on…
This means, the demand for fuel (especially jet fuel) is going to continue to drop, which will lead to a further drop in the Brent Crude price.
We will then see hedge-funds and traders’ resort to mainly shorts (selling) in Brent Crude.
As a side note, this month I read that the reports from the IEA (International Energy Agency) and EIA (Energy Information Administration) have reduced their forecast for the year as the demand for Brent Crude continues to hit new low levels.
________________________________________
Five consecutive trades in a row
yielded a massive return on margin of 420.38%
• In only 8 days you could have made a gain of 243.9% from a 1% increase in the Rand Dollar.
• In just 23 days, you could have made a 21.98% gain from a stunning long play on GBP/JPY.
• With the powerful leverage in pickpocket trading you could have made a 111% gain in just 15 days betting on the pound against the ozzie dollar.
Sound too good to be true? Find out more, here
________________________________________
“My mind has been stretched and eyes WIDE open from just one of your calculators in the MATI Trader System Programme. The Expectancy Calculator is something I never heard of. I can’t believe how it can pretty much predict whether you will profit in the long run with your trading strategy or not!”
TIMON REPLIES: Yes, I wish more people knew about the Expectancy Calculation. It would DEFINITELY change the percentage from 5% of winning traders to at least 15%. Thank you for pointing it out. It’s a priceless tool for your trading longevity.
I believe I made the right choice, adding it to my MATI Trader System Programme…
________________________________________
READ: I’ve earmarked 3 of the best Ben Graham value investments on the stock market today, go here to claim them.
________________________________________
“Last week Friday, Anglo Gold closed up over 5% for the day. I heard that a lot of traders were stopped out due to a short squeeze. Do you mind explaining what a Short Squeeze is and how to prevent it from happening?”
A ‘Short Squeeze’ is a price term used when Sellers (shorters) are squeezed out of the market (out of their trade).
This is when demand takes over supply. And nearly all the traders that went short get "Squeezed-out" which means their stops would most likely hit or they will exit their position based on fear.
Usually you get a short squeeze when there is a turnaround in price
movements which causes the price to suddenly escalate upwards.
So the trader who went "short" in the market, will feel pain with his current position and will try and get out of his position.
Here is Anglo Gold illustrating the ‘Short Squeeze’ The only way to really avoid getting ‘Short Squeezed’ is to raise your stop loss to a higher level (but without increasing your risk per trade).
Believe it or not, I am a short seller in Anglo Gold as of the last two weeks.
Luckily, I am still in my trade as I don’t let these short price movements get me out.
So with my trade, I have my Anglo Gold CFD trade’s stop loss at R542.00, rather than R458.00.
This way, I have allowed the market to move as it pleases without squeezing me out… If you’d like to see exactly my trade ideas with (Entry, stop loss, take profits and reasoning for the trades – you can join my Red Hot Storm Traders where we can all profit together.
Trade well,
Timon Rossolimos,
Analyst, Red Hot Storm Trader
Tags: timon rossolimos, qa, oil, brent crude, short squeeze,

How to NEVER get “Squeezed Out” of your trading positions
Rate this article
Note: 5 of 1 vote